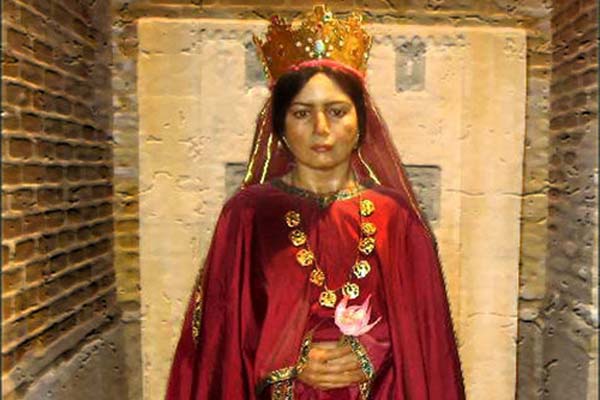 The first recorded case of an inflammatory breast cancer: Persian empress Atossa (550 BC to 475 BC), daughter of Cyrus the Great, wife of two Achamenian kings, Cambyses and Darius.

“Cancer may have started the fight, but I will finish it.”

More than 80% cancers are detected by women doing self-examination of breasts. The examination should be done every month, 5-7 days after menorrhoea. Look for the following:

‘Breast cancer self-check’ images and videos are available on internet. In case of palpated anomaly, consult your gynecologist.

The limitations of self-examination are:

Sonography is done in addition to Mammography to rule out possible cysts and to estimate the size of the tumour. However, tumours smaller than 5 mm cannot be detected.

MRI is used to detect if the breast has been affected by more than one tumour.

CAD is used to point out possibly diseased regions. It is used mainly as a second opinion to the report of the doctor.

CT-scan is most often used to see if breast cancer has spread to other organs.

A PET scan is used to detect the cancer cells in the body. It is often combined with a CT scan (known as a PET/CT scan).

The only absolute way to confirm cancer is by biopsy: a small tissue from the tumour is taken and microscopically examined to check for cancer.

Microscopic examination of biopsy is sufficient; but in a few rare cases specialized lab tests are required.

Even small localised tumours have the potential of metastasis and therefore need to be treated. The treatment is surgery, medications (hormonal therapy and chemotherapy), radiation and immunotherapy.

Surgery offers the single largest benefit. Used along with chemotherapy and radiation, the local relapse rate is reduced, and the overall survival rate may increase.

Neo-adjuvant, that is prior to surgery, and Adjuvant that is after and in addition to surgery, medication is used as part of treatment. For example, Neo-adjuvant use of aspirin may reduce the mortality from Breast Cancer.

Radiation (negative effect on normal cells) to kill cancer cells in tumour bed and regional lymph nodes that may have escaped surgery. It reduces the risk by 50 – 66 % (i.e., 1/2 to 2/3 reduction of risk). It is confined to region being treated. But only solid tumour can be treated.

Alternative cancer treatments do not cure cancer. But they may lessen signs and symptoms – such as anxiety, fatigue, nausea and vomiting, pain, difficulty sleeping, and stress  – caused by cancer and cancer treatments. Hypnosis, massage, meditation, relaxation techniques, yoga, acupuncture, aromatherapy, music therapy, and Tai chi – alone or in combination may be beneficial.

But many alternative cancer treatments are unproved, and some may even be dangerous.

Type of Treatment Given

If the cancer is detected early, that is at Stage 1, prognosis is excellent and usually chemotherapy is not required.

If detected in Stage 2 & 3 prognosis is progressively poorer with a greater risk of recurrence.  Surgery, chemotherapy, and radiation are required.

If detected in Stage 4, that is metastatic cancer (spread to distant sites), prognosis is poor.  Surgery, radiation, chemotherapy, and targeted therapies are used. But the 10-year survival rate is 5% without treatment and 10 % with optimal treatment.

In India, more than 60% of the BC’s are diagnosed at stage III or IV. Hence the low survival rate.

Cancer is a 3200-year-old disease. It is endogenous, a part of life-process. So, it can neither be eradicated, nor prevented, nor cured. As yet.

Late detection of cancer is fatal. The causes for late detection are many but lack of awareness is the principal cause. Other main causes are patient being shy, social stigma and doctors’ ignorance because of which the treatment is delayed. An awareness program will address all these issues.

Will some radical discovery in the future make cancer prevention and cure possible? We do not know. But we can always hope.

Because as Richard Causer, Director, NCI, USA, says about the future of cancer cure, “There are far more good historians than there are prophets.”